This article contains affiliate links. If you click on these and make a purchase, we may receive a small percentage of the sale without any additional costs to you. Click here to find out more.

Years ago, in-car audio was a rare and expensive component but today all new cars are equipped with the sound system with cd and/or mp3 player. However, there is an enormous difference between the standard audio system and aftermarket one in terms of sound quality and loudness. For all fans of quality in car sound, there is no doubt that an aftermarket audio system is the only way to go if you want a perfect sound and very important part of it are the amplifiers. This time, we are going to explain to you what are the amplifiers, main kinds of it and help you buy the best car amplifier to suit the needs of your taste in music and your car. So read our guides and product reviews to get the best insight on the amps market.

How Do Car Amplifiers Work

In its essence, a car amplifier is a very simple device but the type of amplifiers is determined by the channels it has. The channels are terminals, one positive and one negative, that supply power to a speaker. In general, each channel can power one speaker so the more channels you have the more speakers you can power and the better the amplifier is. In some cases, it is possible to combine two or more channels in one to produce bigger power output if needed. That is called bridging and it is used if you have a very large speaker (like a subwoofer) which needs a lot of power and one amplifier channel simply won’t do the trick.

6 Types Of Car Amplifiers To Consider

How To Choose The Best Car Amplifiers For Your Car

Since there are many choices and quite a few manufacturers of car amplifiers and audio components, you should read this buying guide in order to find the best car amplifier for you. There are a lot of things to take into consideration, not just the amount of money you are willing to spend but the size of your car and your personal music preferences, because, the jazz music needs a different set of audio components than drum ’n’ bass. So, here we go:

There are many companies which produce in-car audio equipment and car amplifiers, however, not all are famous and known globally. We are going to introduce you to a few world-known names in car audio systems which are famous for quality products and a wide line of audio accessories. 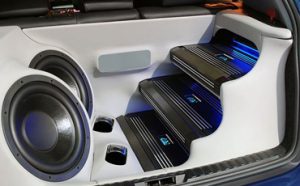 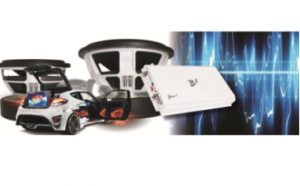 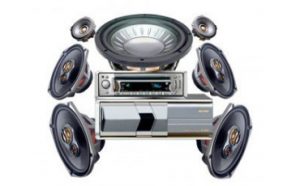